This recipe is a favorite in our house. I only make it twice a year because I like the authentic flavor of using a ham bone. So, after each Christmas and Easter, we all get excited because we know what’s coming! Fortunately, this recipe makes a huge batch and provides enough soup to freeze at least 2 more meals worth.

2. With the leftover ham bone, remove any ham that still cuts off easily and would be good for making other dishes. Freeze that ham. Add the ham bone with remaining meat to the stock pot. Cover completely with water. Bring to a rolling boil, reduce heat to low and simmer for 2 hours. 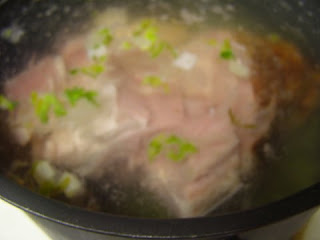 3. Remove the ham bone and any large chunks of ham that may have come off the bone. Set aside to cool and let the soup continue to simmer. 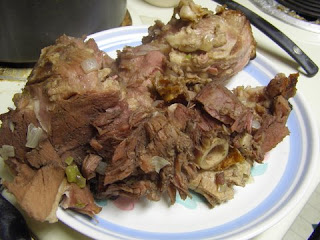 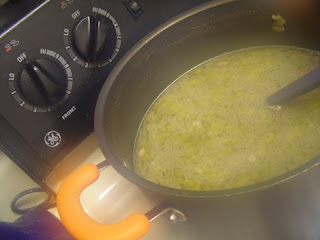 4. When the ham is cool enough to touch, shred as much of the edible meat as possible and return to the pot. Add the beans and rice. 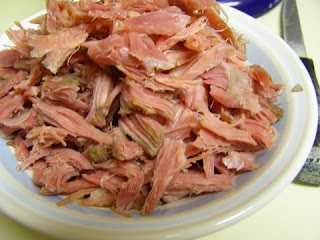 5. Bring soup back to a rolling boil, cover and reduce heat to low. Simmer until rice is completely cooked. (About 20 minutes for white rice and 1 hour for brown rice.)

6. Just before serving, taste the soup and season as desired with salt and pepper. You can also add more cumin and/or cayenne pepper at this time if you’d like the soup to have more punch.

7. Garnish with a dollop of sour cream and a pinch of cumin. 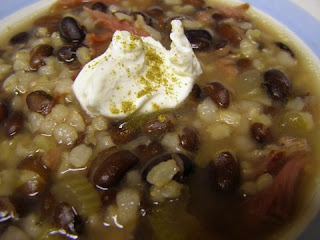