For the first 30 Minutes Get Real and some background on this series, go here. 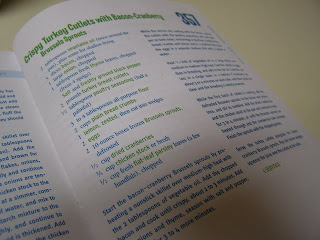 Since last week’s meal took just over an hour to prepare, I thought I’d add in a little more of a buffer this time for our 6:30 dinner time. 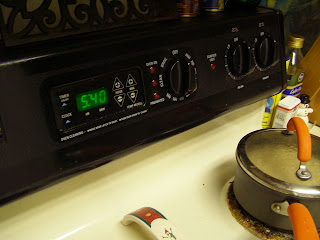 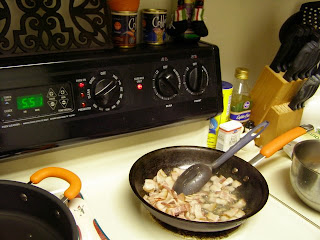 11 minutes in and I was just starting the actual cooking process. I had to get the kids situated, again, before beginning. 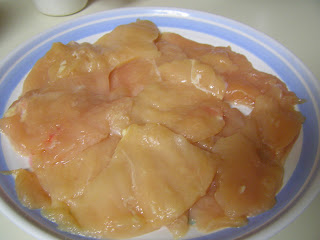 I prepped the chicken (I used that instead of turkey because it’s what we had on hand) earlier in the day. That plate there is two chicken breasts from a frozen 3 lb. bag. I sliced each breast into 5 sections and then pounded them flat with a rolling pin. 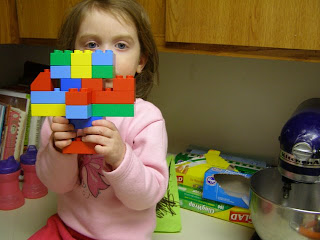 It’s a good thing I started cooking already because I had to stop to admire this Lego creation of Olivia’s. 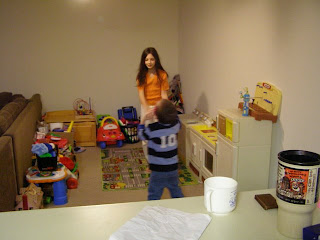 Then I had to break up an argument between Isabelle and Alex. 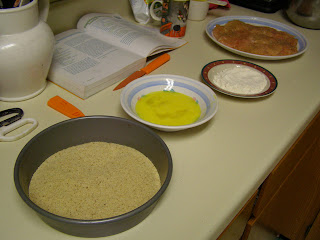 Once that was all taken care of, I finished getting the breading production-line set up. 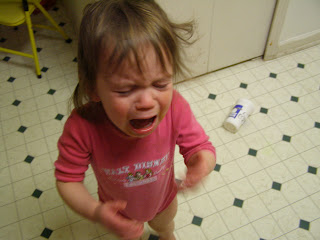 Gracie was upset because I wouldn’t let her stand on a chair at the counter and put her hands in the raw chicken. I am such a mean mama! 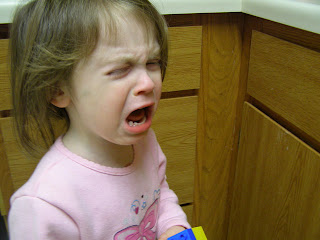 Then Olivia was upset because she had to get off the counter so that she wouldn’t get splattered by the oil for cooking the chicken. 2-for-2. Fun times all around! 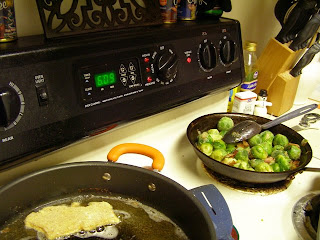 The clock says 6:09. The brussels sprouts are cooking away, as is the first batch of chicken cutlets. At 29 minutes, that’s not too bad. 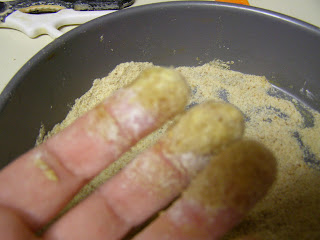 My appetizing breading-coated fingers. I actually opt to not wash that off while still breading and cooking. I find it prevents a nice little buffer zone for my fingertips when I’m putting food in hot oil. 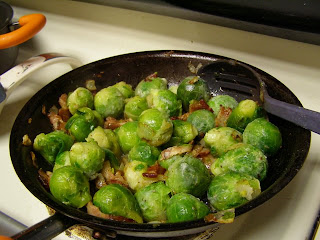 The brussels sprouts are almost done. I have to tell you, they looked and smelled wonderful! 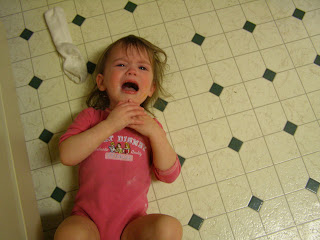 So here’s the downside to not washing the breading off my hands while still working – I can’t help Gracie put on a pair of socks. I don’t think she appreciates my genius. 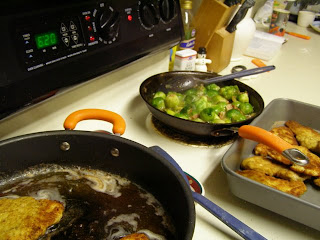 Look at that – 6:20 and the last batch of chicken is finishing cooking. I am definitely pleased with that amount of time. 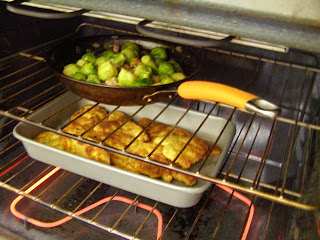 Dinner was actually done early enough that I had to put it in the oven to stay warm until my husband got home. Awesome! 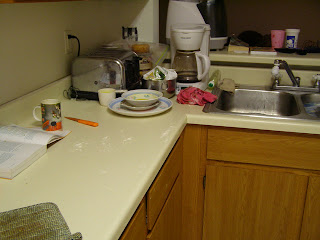 Although this clean-up work was still waiting for me. But the delicious dinner that followed was definitely worth a few dirty dishes. 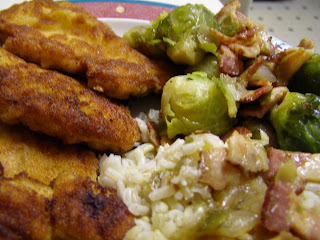 1. Start the bacon-cranberry Brussels sprouts by preheating a nonstick skillet over medium-high heat with the 2 tablespoons of vegetable oil. Add the chopped bacon and cook until crispy, about 2 to 3 minutes. Add the onions and thyme, season with salt and pepper, and cook for 3 to 4 more minutes.

2. While the onions are cooking with the bacon, season the cutles with the poultry seasoning, salt and pepper on both sides, and dredge in the flour. Combine the bread crumbs and lemon zest in a shallow dish. Beat the eggs in a separate shallow dish with a splash of water.

3. Heat 1/2 inch of vegetable oil in a large skillet over medium to medium-high heat. Coat the cutlets in eggs, then in breading, and add to the hot oil. Cook the cutlets in a single layer, in 2 batches if necessary, for about 3 or 4 minutes on each side, until their juices run clear and the breading is evenly browned.

4. While the first batch of cutlets is cooking, add the defrosted Brussels sprouts to the bacon and onions, toss, and stir to combine. Add the dried cranberries and the chicken stock to the pan and continue to cook for 3 to 4 minutes, or until the Brussels sprouts are heated through and the cranberries have plumped. Finish the sprouts with the chopped parsley.

5. Serve the turkey cutlets alongside the bacon-cranberry Brussels sprouts. Pass the lemon wedges; squeeze the juice over the cutlets at the table.

From Rachael Ray 365:No Repeats

This posted is linked to: