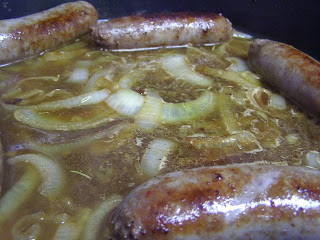 1. Heat oil in a large skillet over medium-high heat. Add sausages and cook for about 10 minutes. Flip sausages, cover skillet and cook 10 minutes longer.
2. Remove sausages and set aside. Add onions and garlic to skillet, season with salt to taste. Cook for 5 minutes. Stir in beef stock, thyme and pepper. Add sausages back to skillet. Bring stock to a slow boil and let simmer until reduced by half, about 5 minutes. Serve over mashed potatoes.

1. Peel and cube potatoes. Put in a large pot filled with cold water. Bring to a boil and simmer for about 15 minutes, until potatoes are tender. Drain.
2. Return drained potatoes to the pot. Mash with butter. Stir in milk, sour cream, and salt, pepper and garlic powder to taste. 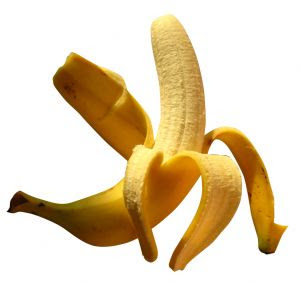 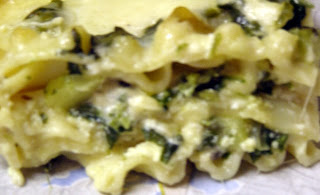 For The Vegetable Filling

For The Ricotta Filling

1. Combine and set aside.

For The White Sauce

1. Melt butter in a saucepan over medium heat. Whisk in flour and let cook 1-2 minutes. Whisk in milk and chicken stock. Cook until sauce just begins to thicken.
2. Add cream cheese, Parmesan cheese, and salt & pepper. Cook until all cheese is melted.

To Assemble The Lasagna
1. Spread 1/4 c. white sauce on the bottom of a 13 x 9 casserole dish. Top with 4 lasagna noodles. Top lasagna noodles with 1/3 of the ricotta filling, 1/3 of the veggie filling, and 1/3 of the remaining sauce. Repeat layers, ending with a final layer of white sauce. Sprinkle 1 1/2 c. mozzarella cheese over the top. Cover with foil and bake at 350 degrees for 45 minutes. Remove foil and bake for 10 – 15 minutes longer, until cheese is melted and sauce is bubbly. Remove from oven and let sit at least 5 minutes before slicing.